because I just got new swag from my favorite doom band, monolord, here’s a fresh selfie.

also reference for those of you who are now, or ever have, pictured being fingered by me, there’s what you’ll get.

Love is a wholly inadequate word, in english, to express all the dozens of things we mean when we say love.

I love to cook. I love my favorite teevee shows. I love riding mortorcycles.

These are all true, without being metaphoric. Because these are loves.

I love my kids, my dogs, have loved a dozen rats, mice, guinea pigs. I loved a parrot my daughter had. And these are loves, true and heartfelt.

I loved my parents, I love certain friends. I’ve cried over the heartbreak of loss, because love can mean heartbreak.

We need at least three words to cover the above. Love-of-object, love-of-activity, love-of-friends/family/pets. Really that could be 5 words, and I could keep subdividing, like kids today will with gender/sexuality identity, or musical genres.

But however many we end up with, it’s not one. Love won’t do it.

And then there’s another kind of love, which is not at all like the above. And we could have the same conversation, because it’s not just one thing, when we discuss it.

END_OF_DOCUMENT_TOKEN_TO_BE_REPLACED

Ironically my late brother was named Ian, and I imagine the title phrase has been said out loud, oh, a thousand times. But nevermind that, for now.

This is about the namesake hurricane.

This freaks me the fuck out: my best friend in the whole world, someone I have loved for decades, lives just about under where that cluster of rainbow spaghetti hits FLA, and I really, really do not like that.

I know there are a million people who may get clobbered if Ian hooks more north and west, and i’m sorry, but I don’t care. I can only care about the few people I truly love, and I need them to stay safe.

I know, no hope or thought or prayer will turn a hurricane; it’s all goddamn physics. But animal brain still says force of will can turn this thing, and if I have anything, it’s force of will. 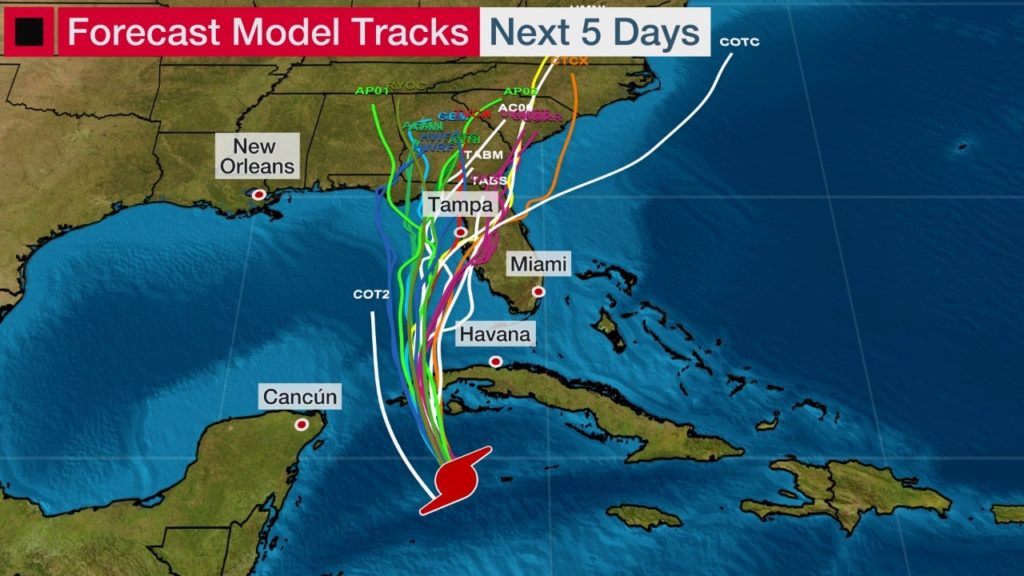 the story is fiction, but inspired by a real person I’ve never met.

I may finish this later, if I feel adequately inspired.
END_OF_DOCUMENT_TOKEN_TO_BE_REPLACED

Some days nothing seems to work out.

It’s not that anything is bad, relatively speaking, but it’s also nothing good, nothing going the way you want.

Shoelace moments, I call them, in reference my favorite Bukowski poem.

so be careful
when you
bend over.

It’s that shit, all day long. Nothing that means anything, really, but,

I”ve been trying to figure out ho wbest to create a ‘favorite posts’ menu.

I’m relatively sure this will be easy when I focus on it for more than five minutes at a time, but, I thought i’d start with the idea of what favorites are.

Most popular? I don’t even know what that means anymore, since it’s been a decade at least since I last had a lot of readers. Most popular now is whatever I last posted that got likes.

No, it has to be the best of what i’ve written, according to me. But that means I have to dig through 1300 goddamn posts (and try to resist deleting all the ones that seem stupid, now), to try to figure out what i’m actually proud of.

I don’t quite know if I want to do that, but, I guess somebody has to.

But anyway, what i’d rather be writing about is sex.

One of the tricky parts for some of us is, inspiration. What gets us writing.

I used  to write colossal rants, which was easy to get into. I used to write reviews of things, or at least my impressions of them (books, movies, etc), which as often as not took the form of a rant.

I don’t enjoy ranting the way I used to; I can’t quite work up the energy to be that angry about things that don’t matter so much.

But sex will always drive me. I am there pretty much 24×7 (well, I don’t sex dream like I used to, alas, since those kinds of dreams tend to produce great fiction, so let’s say, every waking hour, and some of the sleeping ones).

So for now, as i’m getting back into writing, i’m going to be working with what I know I can do.

Why am I not doing that here, now? That’s really what we call stalling.

I need to focus myself on what I do, which has always begin with characters. Every piece of fiction i’ve ever succeeded with began with a person; sometimes real, sometimes dreamed, sometimes invented, but always a person. Character-driven, is what a writer would call it, rather than plot-driven. So I need to gather my thoughts to try to find who i’m writing about, first, and who i’m writing as, second (because I tend to find first person infinitely easier, and today, easy is the name of the game).

I have a few places to start – it’s easy to begin with a person I actually know, as a model, at least if I can picture them well. Real life helps, because I can model how they move, how they sound. In some cases I have reference for how they smell (which matters a huge mount to me), or even how they come. Knowing these things means I can more easily build my model.

From there crafting erotica is a simple matter of setting, mood, tone. Something like Long Dark Car, it was easy because person and setting came from a dream, so mood and tone was easy from there, once I had a song in my head to define mood and give the story a beat.

So I need to know who, and then where. The who needs to come to me, which i’m hoping will occur in a few minutes when I can close my eyes and imagine.

I have good candidates; some I know well, either in real life or, in some cases, crushes I could pull out of a movie or tv. Others, who I have not yet gotten enough feel for, to write convincingly, but may do yet.

The trick though with real people is, you have to be able to remain authentic and accurate, even if you are fictionalizing them.

I’ll have let someone volunteer, so to speak.

Do not think me gentle
because I speak in praise
of gentleness, or elegant
because I honor the grace
that keeps this world. I am
a man crude as any,
gross of speech, intolerant,
stubborn, angry, full
of fits and furies. That I
may have spoken well
at times, is not natural.
A wonder is what it is.

Portrait of the author as reflection in chrome. 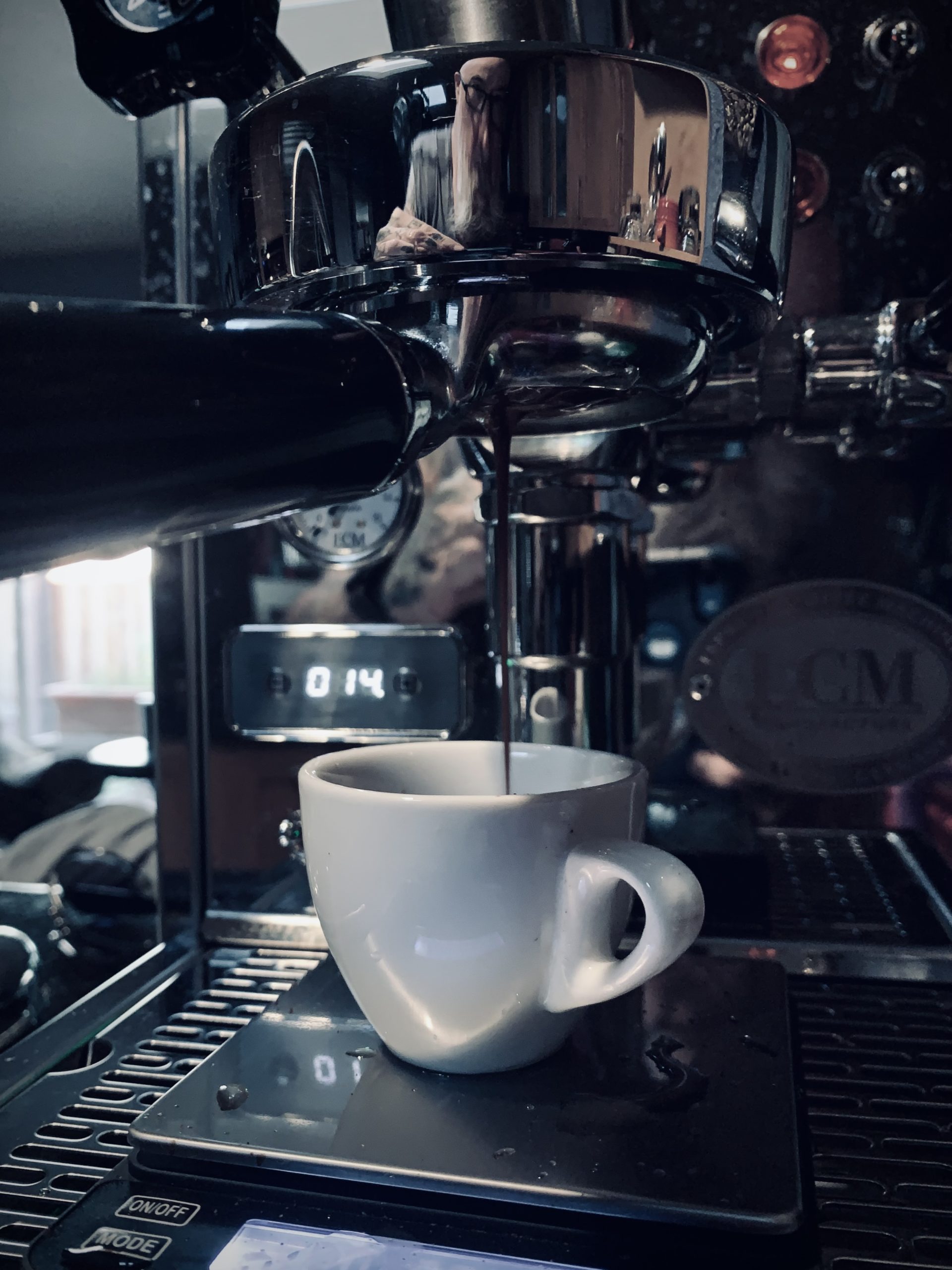 Ah, crap, I just realized that in conversion of my old site archive to this, I seem to have lost about half my total posts.

I have it all, in a temporary blog I set up while moronosphere.com was down, but now I have the hard process of figuring out what’s missing, entry by entry, and then figuring out how to export and import just the missing stuff.

It may not even be worth it. As much as I hate the thought, not every one of the 1300 posts from my original blog may be so suffused with brilliance I have to have it. And all the photo links are broken, since I lost all that when Brandon died and left me locked out of our machine.

But some of it – well, at least as memories of times long ago – matters.

ok, not difficult at all. WordPress importer is smart enough to know what’d been uploaded already and simply bypasses.

I’ve uploaded it all, and now see all 1271 published posts (plus a shit ton of drafts).

Your homework is to go read and digest Every. Single. One.

There may be a pop quiz later.

what the fuck is it with poetry?

It’s a form I fundamentally don’t feel, as a writer.

Not that I don’t love it – lyrics of songs and bits of poetry are in my head all the time. Things from tolkien, from ogden nash, from james thurber, from andy partridge, steven wilson, lloyd cole, phil lynott. Words that move me and capture me.

But when I write – fiction at least – I hear narrator voice in my head, which is why I write the way I do, in character, with that characters voice ringing in my skull.

This isn’t something I learned in school. It’s something I do by instinct, like a musician playing by ear.

But verse – it escapes me. I can’t hear it, feel it, do it by instinct. It’s like an intuitive jazz player trying to play in a symphony, without being able to read the charts. They may find the notes that make sense, but they won’t grasp where they are supposed to fit with a hundred other instruments.

I look at work by poets I admire, and I see what they’re doing, how they’re doing it, and I react. But I don’t understand why they do what they do.

Why the line break here, and not there? Why this may beats on a line? Are they hearing some drumbeat, heartbeat, some rhythm i’m not party to? Is there an invisible template?

I need to talk to poets about poetry, which somehow sounds so beatnik I want to get out my beret and snap my fingers. I need to hear them read out loud, maybe, or to understand how they chose a form (or if the form choses them, perhaps, as a character speaking in my head; I just listen to them, they speak to and through me).

I read things that inspire, and I try to do what they do, and to date, my tries and lyrics and poetry always wind up awkward and unfinished.

I need the why.